You have probably heard about PhoneGap development as an cross-platform tool to create mobile apps for different OSs, but what is really PhoneGap?

If what you're aiming for is a functionality-drive mobile app and you don't mind to rely a lot on internet connectivity then give PhoneGap a try and stop worrying about Objective C, Java and all other native programming languages for mobile app development.

PhoneGap provides many plugins used to interact with the hardware's device like:

Also it provides third party plugins which are ready use. You can create your know plugin also in native language to extend functionality.

How is PhoneGap different from other Cross-Platform app develompent tools (Like Appcelerator Titanium)?

PhoneGap wraps a web view with a native code. It is a web based solution while Appcelerator's Titanium is a JavaScript driven approach for native code creation. Web view used by PhoneGap is same as native web view for a respective platform. Said in other words, PhoneGap provides an easy way to create simple mobile apps that don't rely heavily on complex animations and other UX elements and mostly serve the purpose of being functional and do constant queries through the web. Titanium can provide with a much richer and native user experience, however the approach is quite different from one another.

For example: for iOS, it's Objective C UIWebView class 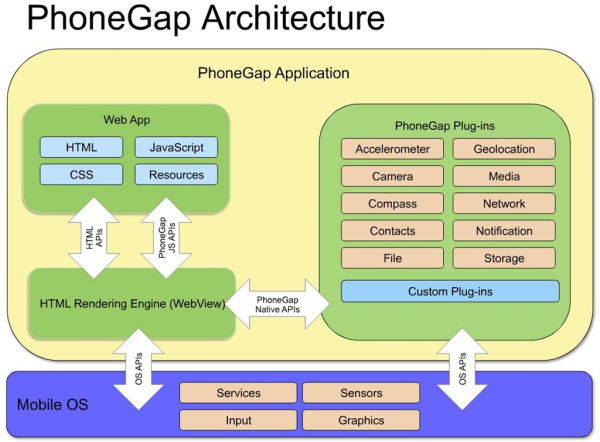 First of all you can download PhoneGap SDK from their webpage.

Unzip it and you can see different platform specific folders inside.

You will need the next tools:

Get details on compatibility versions for xcode vs. PhoneGap library.

a) To create project:

b) To build project:

c) Run App on an Emulator

Now here we have the project structure: 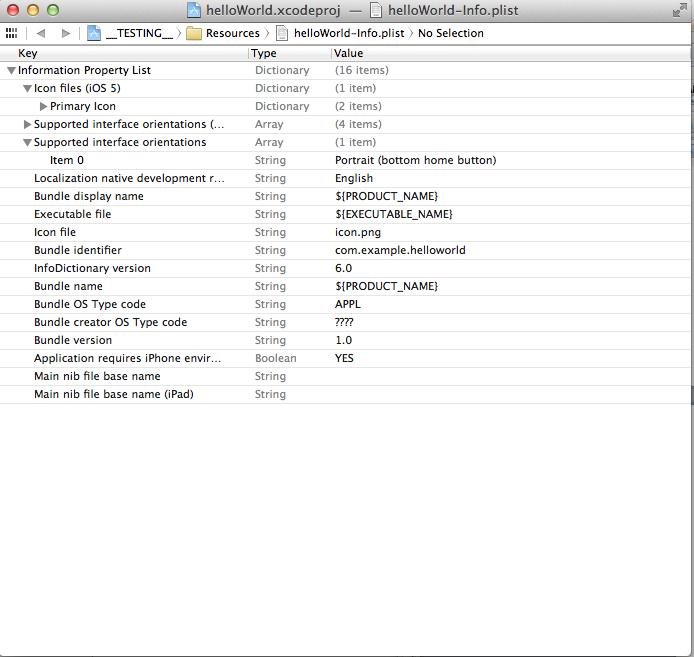 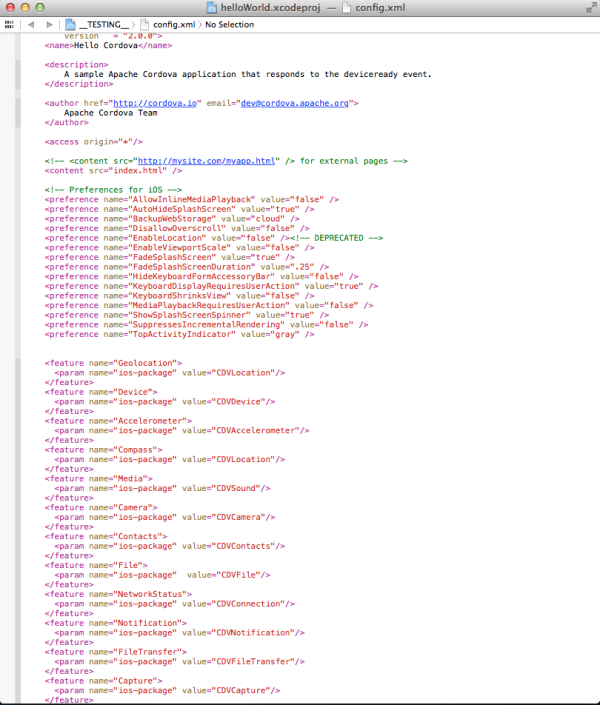 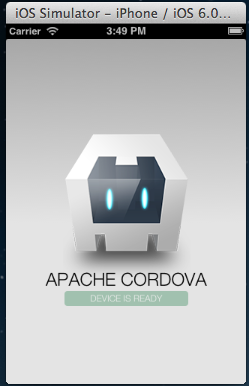 If you want to make an Android app the set up is somehow different than it is for iOS, but no worries, there's an easy way to do it.

You will need the next tools:

1) Check if you have the Android SDK’s tools and platform-tools folders in your PATH!

IF not, edit /.bash_profile

Once the project has been imported, Run application from eclipse. 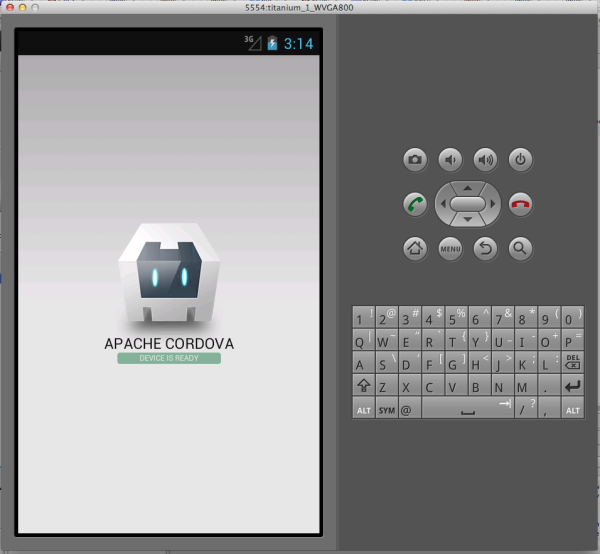 Sometimes its complicated to create a new Android App project and manually add everything. Don't worry; here we have solution for it.

AppLaud – It's the Eclipse plugin to create PhoneGap application.

How to add AppLaud plugin in eclipse?

After installation finishes, you can see PhoneGap icon on the top:

You can use built-in phonegap or specify already installed phonegap library as shown below: 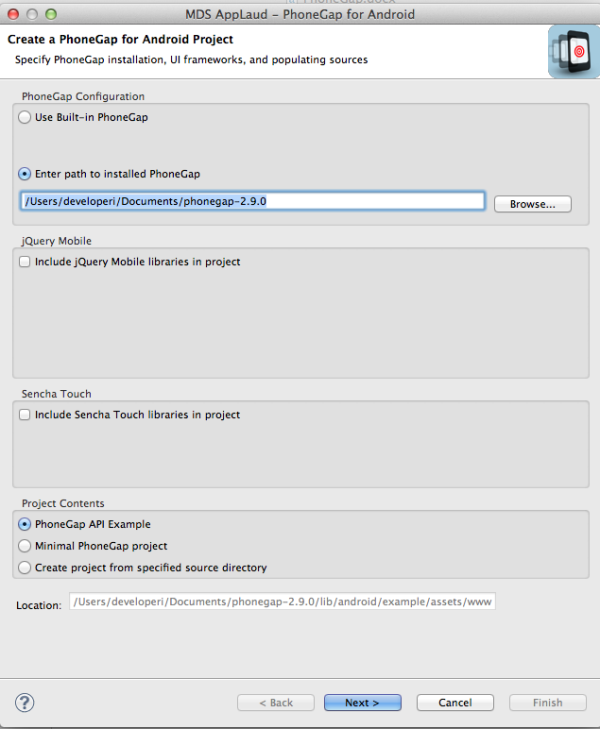 Once the project is created, run Application. For more information on Applaud, click here.

There are different setups for different platforms. Here is the link for all platforms Guide.

Some Know Issues and Fixes

There's always some issues that depends on the version of SDK, plugins, etc. For this example in specific we have the next know issues. If you get ERROR:

Please download, build and install version 1.5 or latest from here into your path. Or 'brew install ios-sim' using homebrew.

Jyoti G. has a bachelor's degree in Information Technology From Chandigarh , India, with 3 years of working experience on Web and Mobile with additional experience on .NET. Now she specializes in Mobile Development (cross platform technologies), like phoneGap, Appcelerator Titanium.

← How Good is Your Mobile App From a Customer's Perspective?

Nearshore Development: Why Mexico is Safe to Develop Software →