The following information, and code example was obtained from the following from http://opencv.org/. If you are not familiar with OpenCV and want to learn more, please visit the link. All steps were made using MAC OS 10.7.4

OpenCV (Open Source Computer Vision Library) is an open source computer vision, and machine learning software library. OpenCV was built to provide a common infrastructure for computer vision applications and to accelerate the use of machine perception in the commercial products.

Well-established companies like Google, Yahoo, Microsoft, Intel, IBM, Sony, Honda, Toyota use the library. There are many startups such as Applied Minds, VideoSurf, and Zeitera, that make extensive use of OpenCV. OpenCV’s deployed uses span the range from stitching streetview images together, detecting intrusions in surveillance video in Israel, monitoring mine equipment in China, helping robots navigate and pick up objects at Willow Garage, detection of swimming pool drowning accidents in Europe, running interactive art in Spain and New York, checking runways for debris in Turkey, inspecting labels on products in factories around the world on to rapid face detection in Japan.

Let's Start With a Example for Android Mobile Apps

To start working with one example about face detection using OpenCV in Android you must already have installed, and configured Android Developer Tools, and the Android NDK.

Please visit the following link to download ADT, and NDK. Afterwards, you can continue with the next steps.

2)  Unzip, and import the OpenCV Library, and the OpenCV Sample – face-detection

3) Go to the OpenCV Sample –face-detection properties project, and go to the android section, and check if you have the OpenCV Library added. 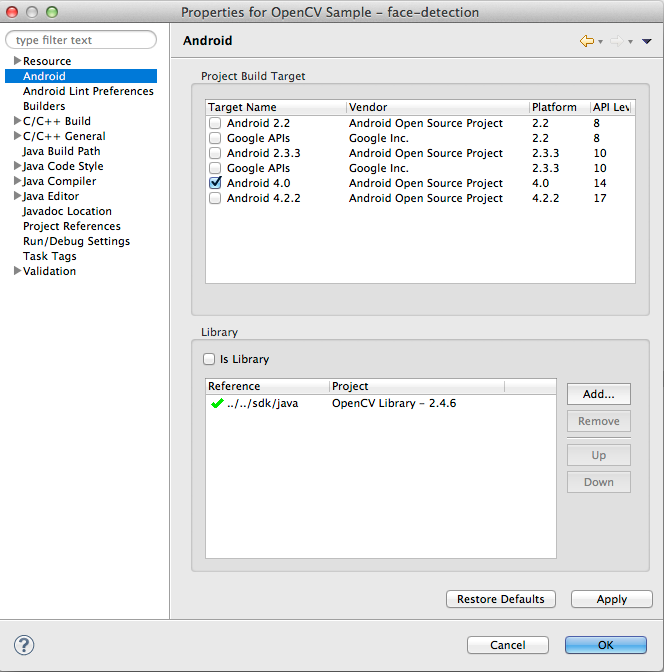 4) Go to C/C++ Build section, and check the ndk-build path 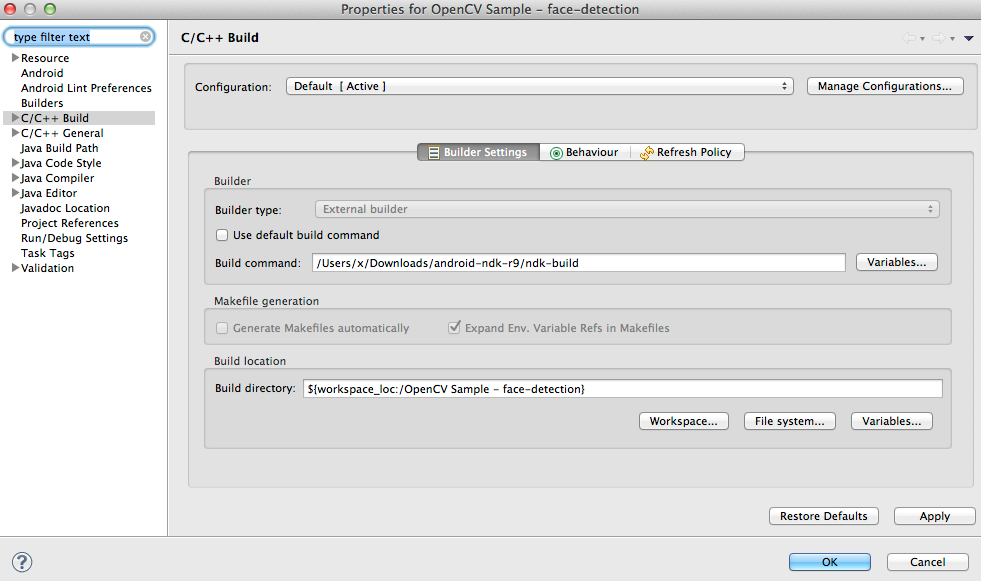 5) Go to the Java Build Path section, and then Libraries tab. If you open the Android Dependencies, and you did not find the opencv library – 2.4.6.jar you will need to add the library manually on the add external jars button.

6) Go to the ADT menu, and then select Preferences, Android, NDK to select the path of the NDK location.

9) Download to your device OpenCV Manager from Google play

8) Run OpenCV Sample – face-detection from the ADT and enjoy.

I have learned how to use the OpenCV Library with Android. It’s a good library to implement other functionalities like detect colors, shapes, to do manipulations of images, etc. What I noticed running the OpenCV Sample – face-detection is that the application is not working a 100%, but the majority of cases the application does detect faces. 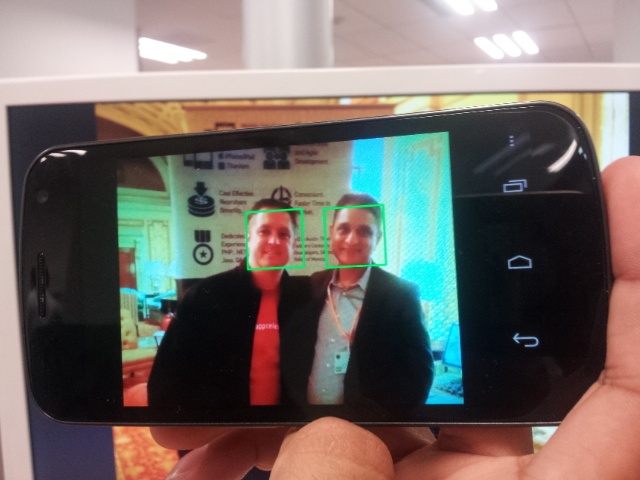 Francisco Antonio Duran is a computer science engineer. He is currently studying a master degree about Internet Technologies, and an Informatics Security specialization in the Universidad Autónoma de Guadalajara. He works as mobile developer, and mobile instructor in iTexico.