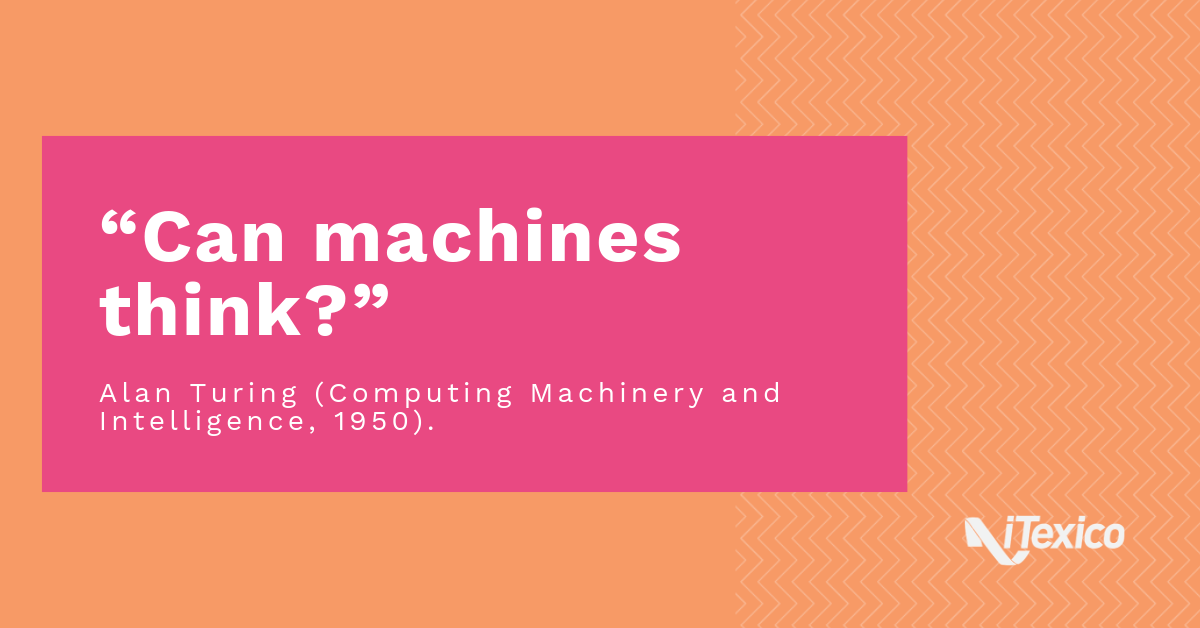 That’s the pressing stipulation, isn’t it? Since the halfway mark of the 20th century, the presence and rise of computer technology has birthed the concept of mechanical intelligence, born from machines. HAL from 2001: A Space Odyssey, robotic uprising and independence in R.U.R., and more modern iterations of the concept such as Data in Star Trek have captured intrigue in the human consciousness.

Can computers generate original thought, critical theory, or exert free will? No. But can they “think?” In a manner of speaking, absolutely. AI technology has come to the stage where businesses are encouraged to utilize them to their fullest capabilities, impacting the functionality of virtually everything we use. AI’s come a long way, and it’ll only improve from here. For now, though, how has AI already involved itself in the world?

You’re already making full use of AI in your daily life, whether you’re aware of it or not. You may have used companies that make use of AI, such as Yelp, Etsy, or Google, or even simple functions like predictive text or commute time distance while on the road. AI can range from the simple to the complex, but all have the purpose of generating solutions instead of preprogrammed answers.

This specific type of modern AI was first coined in 1956, at a Dartmouth College conference. While previously theorized by great minds like Alan Turing, artificial intelligence began seeing tangible results past the 1950’s. However, it wasn’t until 1997, after a couple periods of AI winters where no little to no concern was paid to the field, when IBM created Deep Blue that the next major step was taken.

Deep Blue is a landmark in AI development due to being the first computer to defeat a chess grandmaster. Since then, especially within the last decade, AI technology has developed into a formidable area of expertise. The most notable supercomputer, Watson, has gained notoriety after winning a game of Jeopardy and learning how to curse, and various chatbots have been created that developed their own unique personalities through learning.

New applications for AI have companies scrambling to incorporate AI technology into their organizations. According to Forbes, “99% of executives in technical positions say their organizations are going to boost their AI spending in the coming year, a level of funding increases likely unmatched anywhere else in the corporate world.”

What Is AI Development?

AI development is the process through which an intelligent program, composed of a unit of algorithms addressing problem-solving hypotheticals, is created. As you might imagine, developing a functional AI program isn’t as simple as banging out a Java script over a weekend-long binge session. In order to have a successful AI development cycle, there are three key components you need to be familiar with: artificial intelligence, big data, and machine learning; as well as a couple other terms you should become acquainted with beyond those three.

What’s so exciting about AI development is how cost-effective it actually is. The majority of the software and frameworks that are required to develop artificial intelligence are free, open source products. With the amount of resources publicly available, the costs involved become negligible.

The freedom to create artificial intelligence programs at next to no cost, save for your own time, the potential for widespread AI use is all too clear. This is the game changing reason that has given AI technology so much room for application and growth in the business world.

What Is Artificial Intelligence?

Artificial intelligence, in the business world, is an umbrella term used to address all intelligent machines and programs designed to craft original solutions for a variety of instances. These algorithms are as simple or complex as their intended purposes need them to be, resulting in an array of products that bear the name “AI.”

What Is Big Data?

The term “big data” is deceptively straightforward, referring to volumes of data so massive that they processing them by traditional means is difficult. This data is procured by businesses from virtually any source, both structured and unstructured: emails, databases, transactions, social media, and more. This data tends to be a bit messy to sort through.

There are five components that help determine what is considered big data: volume, variety, velocity, veracity, and value.

What Is Machine Learning?

Machine learning is to artificial intelligence as karate is to martial arts. They’re specific disciplines within an encompassing term.

What Is an AI Architect?

An AI architect is not as integral to defining artificial intelligence as the previous few entries listed, but it’s a position that’s critical for successfully developing AI technology. When you decide to integrate AI technology into your business practices, you’ll need a qualified individual capable of maintaining and applying. A data scientist is assigned as the AI architect for the program, and is then put in charge of how to properly incorporate it into your business practices.

The AI architect will find where the AI program will most effectively contribute to business processes, whether it be automating the hiring process or general routine work. They, along with a team, will also be responsible for maintaining and keeping tabs on the AI program to ensure maximum functionality.

What Is an AIOps?

One of the most important skills that AI offers is its capability to automate otherwise tedious or challenging tasks. When we talked about Big Data, we mentioned how it’s a challenge to process all of the information being gathered properly. AIOps is used to analyse that data in real time.

By using advanced data analysis and pattern recognition, IT teams can streamlined many traditional functions, allowing them to process massive amounts of data while maximizing systems performance. As it is, the introduction of AIOps has begun revolutionizing IT services with its ability to process Big Data and automate systemic functions.

What Are the Benefits of AI in Business?

In an ideal world, machines are used to supplement business greatness by handling the tasks that do not require the human touch. Artificial intelligence is a step forward in that regard. By leveraging artificial intelligence, businesses can accelerate digital innovation and progress.

Here are some of the most often cited examples of AI benefits when used in conjunction with standard business practices.

The future lies in the hands of a harmonious combination of human and AI efforts. While there are many things that AI is more capable at than humans are, there are a great deal more that require a human touch to effectively address. There is a future where AI and human presence can become truly interchangeable, but first we’ll need machines that can genuinely and consistently pass the Turing Test. We’re getting closer, but not quite there yet.

As for now, in the present, AI technology is making waves in how businesses are run. There’s virtually limitless potential for their application, but for now they’re best in areas that process Big Data and can afford automation. Essentially, if you don’t specifically need a human to keep an eye on it, chances are an AI program can handle the same workload better.

The benefits resulting from AI development in the business world are essentially a precursor to where we’ll find ourselves in the next 10 years. With how quickly the field has grown and become inextricably intertwined with standard business practices, we can only speculate as to how much more it will develop in the coming years. For now, businesses are benefiting from increased productivity, reduced operating costs, increased speed to market, greater profits, improved customer engagement, and a transformation of current business models.

The possibilities for business improvement that can result from human and machine cooperation will only continue to expand in the coming years. For now, it’s best to jump on the bandwagon early. If you’re interested in adopting AI technology for your business, then you might need some help getting started. iTexico’s AI Innovation Center is an ideal place to start, and the folks there will be more than happy to answer your questions and set you on your way to business innovation.

Through our AI Adoption Program you will learn everything you need to know to activate your AI business strategy through three modules: