In a previous article we talked about wearable tech and how the world is leaning towards accepting the next big thing in wearable tech: the smart watch. There is, however, another big player in the wearable arena and Google is leading the effort on creating the glasses of the future. Google glass is the product where monumental effort has been invested into creating what Google believes will be the one thing always stuck on your head.

What is Google Glass?

Google glass is essentially a small computer mounted on the side of a glass-like structure, to be worn by the user as regular glasses. It has a rechargeable battery on the side, a touch-sensitive control pad as well as a high-definition camera and a cube glass to display images.

Glass has gone through a couple of product iterations since it’s original announcement. In it’s current form at the moment of writing this article, Glass can be adapted to be used with some sunglasses and prescription lenses from manufactures and brands like Ray Ban as well as the ones supplied by Google. Glass is set to be released to the general public in the US sometime in late 2014. 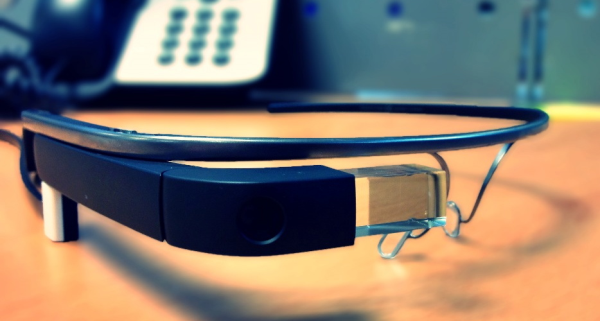 Ok Glass, what Can You Do?

As a proper wearable, Glass aims to let the user do a lot with it. Currently it’s usage is limited to a number of bundled features as well as publicly available apps (called glassware) that you can install on your device.

Glass’ most important features include the ability to take pictures, record video, check your email, make a video call using Google Hangouts and a simple but tight integration with social networks such as Google Plus, Twitter, Facebook, Tumblr and Path.

A feature I’ve found extremely helpful is its integration with Google Maps. It’s very impressive how you can see turn by turn navigation instructions through the screen while driving. It’s actually handy and it doesn’t take that long to get used to having the screen in front of your eyes at all times.

There’s also a bunch of glassware available for explorers (Glass users in the beta period) that they can install to extend the features available on the device. There are already several companies with glassware ready to install after you set up your device. Apps like CNN, New York Times, Google Play Music, IFTTT, Evernote and others make glass an interesting device to live with. Which brings me to my next point.

Living With Glass and Why it’s Still Weird

I’ve been using glass for the past 3 weeks almost every day at the office, at home and sometimes when I’m out. The general reaction to it is people looking at you strangely and (those who dare) asking what the device is. For those who are not comfortable enough to ask me why I’m looking their way with a camera mounted on my head usually look away and try to get out of my sight.

If you can get past that initial cultural shock, then the hardware issues start to become evident. In its current form, Google Glass’ autonomy leaves a lot to wish for. On a usual day I would get from 3 to 4 hours of battery life with regular usage. Google says that the device’s battery life should last for one day using it normally and that energy-intensive tasks such as video recording and network sharing would decrease it’s battery life.

After getting past the massive battery drain, the next thing that can be tiresome is having something so thick mounted on your ears. If you’ve never worn glasses, it’s very likely that glass will quickly become annoying as your ears and vision need to adjust to its weight (although it’s pretty light) and shape.

Having said all this, none of it really matters if you’re a tech geek or an early adopter. The purpose of a beta device such as Google Glass is to point out the wonders of innovation and not caring about the obvious hardware limitations. Glass is more a statement than a product, an idea of what the future looks like imagined by one of the largest tech corporations in the world. 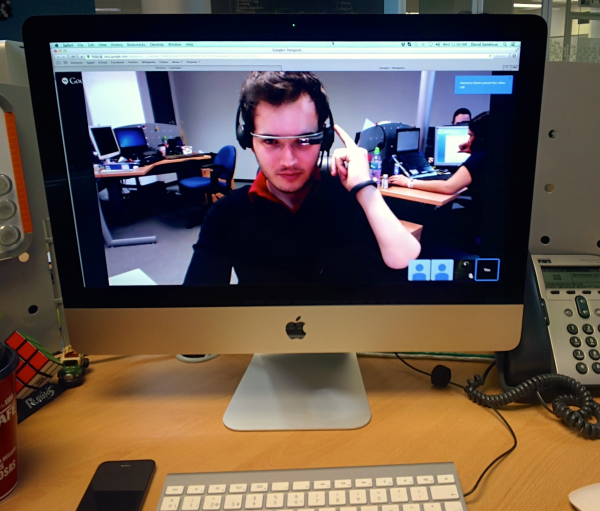 As a part of the developer’s preview, Google provides a specific Google Glass DK (or Glass Development Kit) to create custom Glassware or apps specifically made to work with Glass. These apps are created in a very similar fashion as when developing for Android. At iTexico, we’ve created a couple of demo glassware apps that we will make available to Android App Developers very soon. Stay tuned!

It’s important to mention that Google Glass is not the only product out there that uses the smart glasses approach. Companies around the world have started to try out their own take on the glasses of the future. Companies like Recon Instruments, Vuzix, Lumus, Olympus and others have started to prepare and in some cases already started to sell their take on the smart glasses. For more information about these other alternatives to Google Glass, head to this slideshow.

After using Glass for a while it feels like Google is aware that the current state of the product is simply not ready to become the company’s flagship wearable device for the masses. While it’s a quite impressive and very innovative device that can be used in many different situations, its lack of autonomy and app ecosystems (as well as the somewhat high price tag) makes Glass a thing of luxury for the tech savvy and early adopters.

I think, however, that Google is taking an enormous leap forward in creating the technology that we’ve always craved for and making science fiction a reality. At the moment what will define the success or failure of Glass will be, just like it happened with the iPhone, its software ecosystem. By having a development community willing to create apps for it and expand its functionality, the odds for success can greatly improve.

What the future holds for Google Glass is still a mystery, one that may become clearer in the not-so distant future, where younger generations will wear smart glasses on their faces and use them as part of their daily life. For now that moment is still yet to come.

For more information about Google glass and how to get one please visit http://www.google.com/glass/start/

David Sandoval is the Marketing Manager at iTexico, entrepreneur, and UX/UI designer with more than 7 years of experience in web application and mobile app design. He holds a Bachelor in Information Systems and an MBA in Marketing by La Trobe University in Melbourne Australia.

← How to Improve Nearshore: A CEO's Travels to Guadalajara Mexico

Using .NET to Retrieve Information from SharePoint '13 for Web Apps →