Here are 10 very compelling statistics to consider now about the teeming, streaming world of mobile: 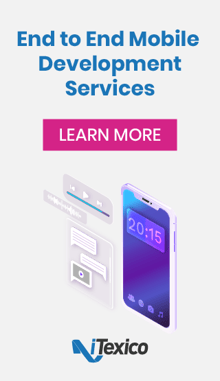 What are your plans for renewing your focus on mobile practice? Learn more about how iTexico can help to put together the best strategy for your mobile development projects.

← How Mexico is Creating the Next Generation of Tech Entrepreneurs