Selenium is a tool that automates browsers and the purpose to automate web browsers is to test them. Major browser vendors have begun to take selenium as part of its core.

It is impossible to estimate the role of web applications in our lives; many of the applications are being used online, as is the case of CRM and ERP.

Therefore it is important to put the effort in testing web applications. There are many tools for automation but Selenium is recommended because:

- It evolves and grow

- It supports a lot of platform and browsers

- Selenium IDE is a Firefox add-on and this makes it easy to record and run tests in firefox 2 onwards.  It is possible to generate codes to run and test with selenium Remote Control.

- Selenium Core JavaScript, based testing system, is now used as a primary component of Selenium remote control, but also can be used as pure JavaScript / HTML.

- CubicTest is a graphical Eclipse plug-in for writing Selenium and Watir tests.

- Bromine is a tool that makes it easier for QA corer and watch Selenium RC test results.

- Selenium on Rails provides an easy way to test Rails application with Selenium Core. Suite files are created on the fly for each directory and the Selenium Core files don’t have to pollute /public.

- Selenium on Ruby is the hub for newer Ruby related Selenium projects.

Selenium just uses two tools to automate web application test case to record it, they are Selenium IDE and Firefox.

This part of the document will be shown as an example of how a test is recorded to automate. 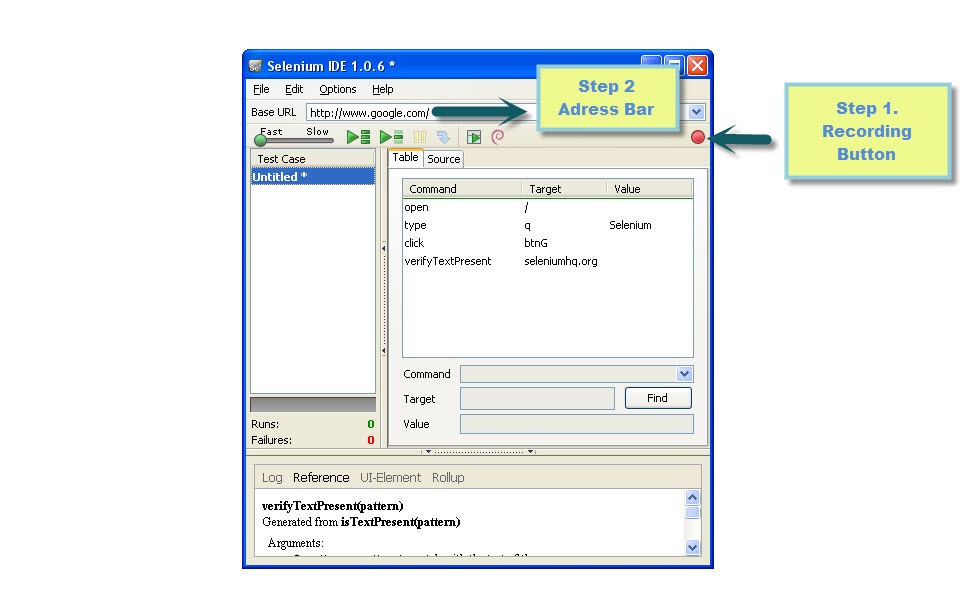 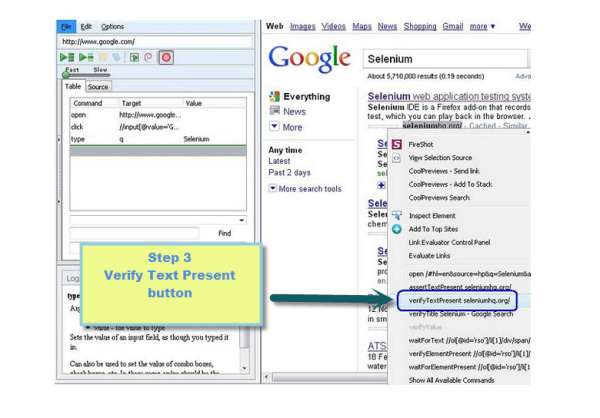 To run the test case in Selenium Click "Play current Test Case" button to run and in most cases it will fail because the page has not loaded enough and the body of the text was not received and analyzed.  To solve this,  "Insert new command" and it is selected in the context menu. 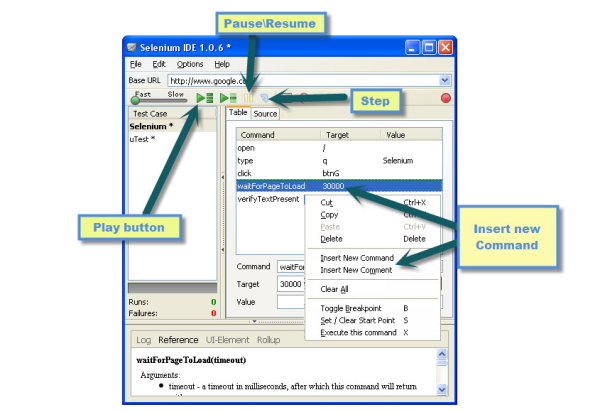 The second option is using "Selenium Test Runner". The main difference is that when we click to run or play in the "Test Runner" it can give us more information about the test cases as the time is spent and the return results of the tests in a single window. 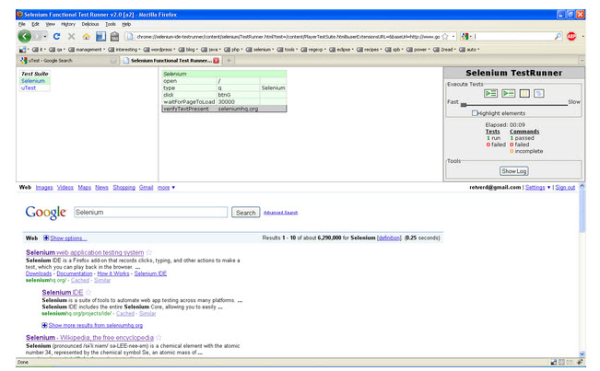 You can transform test script to different programming languages and this is done as follows: Option > Menu> Select Format and choose suitable format.

Export Scripts Test can be run from outside using Selenium IDE Selenium RC, in this case Java can run on eclipse. 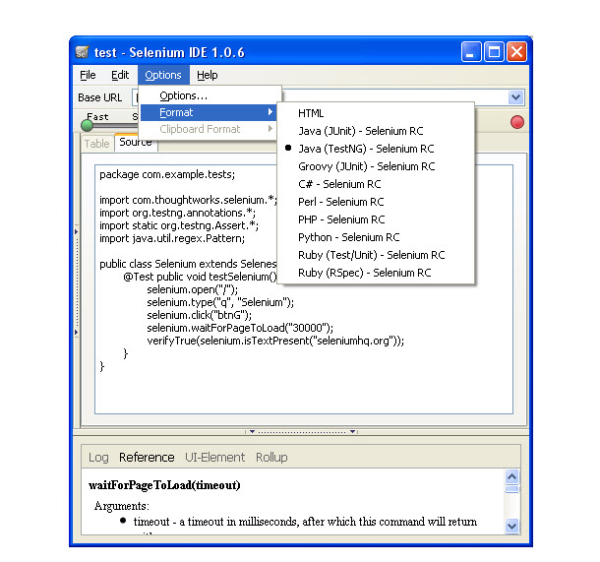 In conclusion, we can say that Selenium is a comprehensive, easy to use and in addition to its versatility it gives you the tool to export the code to other compilers.  Last but not least, the tool is free so it makes it affordable and puts it among the main tools for web development.

Alberto Chavez is a QA engineer with 5+ years of experience. He likes to design test cases and set environments to test software for web and mobile applications for several client projects across many different verticals. He currently works at iTexico as a QA Engineer.

Mobile App Development: Why Do We Need Performance Testing? →